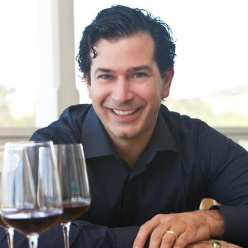 Join us for an evening featuring Robert Mondavi Jr. at 310 Park South located on Park Avenue. You will have the opportunity to meet him, taste some Mondavi wines, receive exclusive pricing on Mondavi wines, and even get a bottle signed!

A fourth-generation Napa Valley winemaker, Rob Mondavi, Jr.’s enthusiasm for wine began more than 30 years ago. The son of Isabel and Michael Mondavi, Rob was raised in Napa Valley and spent much of his childhood playing among the vines and barrels at Robert Mondavi Winery.

In 1999 Rob, his father Michael, mother Isabel, and sister Dina, collectively purchased a plot of rugged Manzanita lined land high on Atlas Peak and began establishing a vineyard, thereby founding Michael Mondavi Family Estate. In 2004 they established Folio Fine Wine Partners, an importer, fine wine agency and producer of quality wines that spans 6 countries at every premium price point, working with family wineries who share their passion for making great wines. 2004 also marked the year that Rob was appointed President of Winemaking for MMFE, a role that has enabled him to return to his first passion of growing grapes and making wine under the Isabel Mondavi, Emblem, Animo, and “M” by Michael Mondavi labels.

Rob holds a Bachelor of Arts degree in English literature from Santa Clara University and is a current Board Member of Winegrowers of Napa County. An avid duck hunter and fly fishing enthusiast, Rob resides in the Napa Valley with his wife, Lydia, and their two sons.

Didn’t find what you were looking for?